Where is Painting? Lecture by David Joselit (lecture notes)

“Despite its status as the presumed art commodity par excellence, painting has regained new conceptual force. This lecture will argue that part of the reason for this is painting’s singular capacity to store time, and to articulate it in a range of different tempi. Painting can occupy several time zones at once.”
On the 19th of December 2013, American art historian David Joselit gave a lecture at MADA (Monash Art Design & Architecture) faculty on the subject Where is Painting?. This is a brief summary of the lecture based on notes taken during the talk, all direct quotes from the lecture are made by Joselit and are in quotation marks. (Thank you to Melissa Corbett who has passed on these notes. M.C.)
http://www.artdes.monash.edu.au/fineart/archive.php#!/fineart/events/david-joselit-carnegie-professor-history-of-art-yale-university.html
The lecture began with Joselit placing the role of art within the context of our current society. He started out by saying that “Art is a signifier of value in speculative economies”, with terms associated with art used to impart connotations of glamour and mystique on a variety of luxury consumer goods from wine to cars, to new boutique apartments springing up in residential neighbourhoods that used to be home to vibrant artistic communities but have long since been driven out by gentrification. This ability to confer meaning onto other commodities within the economy makes art a meta-commodity.*
According to Joselit, it is “Modern art’s unlimited capacity for meanings and action, standing for the passage of time, futurity. For eternity unlike changing realm of politics.” This ability of art to transcend time, to reside in a state of both timelessness and timeliness   can be illustrated by the way that a painting by Velasquez can still be appreciated by us today and relevant to a contemporary audience long after the disappearance of the Habsburg dynasty from Spain. This transcending of time happens in the very act of creating a painting or as Joselit stated the “Marking and storing of time in painting occurs at the same time.”
In his attempt to rehabilitate art from it’s current role in commodity culture, Joselit is interested in referring to the scoring experience within painting, as an alternative to Debord’s idea of the “accumulation of spectacle”** within art criticism. This idea of scoring – the way that time is marked within an artwork, is explored in further detail during his analysis of the painting by Eggerer.
Joselit observes a definitive break within the history of painting in Western art, noting that “After Pollock the gestural stroke became external rather than an expression of the internal.” Artists have tried to address this relentless trend towards the external within modern civilization in a number of ways; some contemporary strategies as identified by Joselit listed below***:
–  Scoring painting’s circulation: series or ensembles eclipse unique individual works;
–  Use of technological application of painting: inkjet printer; evolving digital animation;
–  Souvenir of life, subset of life in the artwork eg. reproducing a blog as a painting.
After going through this list of trends within contemporary art, Joselit suggested the idea of the interface as a way for artists to mediate their role between internal and external reality or experience.
Interface: “A way of bringing the edge to the centre. A way of communicating the reality of something that was previously unseen or inaccessible.” For example the development of the GUI (graphical user interface) in computing enabled users to easily give commands in natural language to a computer to execute certain functions and see the results of these commands / functions, without needing extensive knowledge of the inner workings of the computer itself.
The lecture then looked at the enduring influence of Marcel Duchamp on contemporary art.  This was summarized as: “Duchamp’s Doubt = remediation”. An in-depth lecture by Joselit exclusively on Duchamp is available here: http://www.youtube.com/watch?v=9zh-rSG5rpU
The final section of the lecture is an analysis of the Thomas Eggerer painting Floor Piece. It is a demonstration of how an artist can use a variety of different mark-making techniques in a painting to result in a scoring of time.
Painting marks the movement of pictures:
–  Collage – “the entry of something from the world into art, the traffic between the world into art, the traffic between the world and internal of representation – internal threshold of interfaces.”
–  Scoring of time – illustrated in the table below.

“Paintings that employ a combination of these techniques result in the painting occupying a range of different time zones, in the case of Eggerer’s Floor Piece the dislocated body occupies different zones of the physical painting and time.”
“Painting slows the image down to a geological pace.” A kind of “modulation of velocity”.
“Painting can present a composition of complex time signatures – capacity to be both slow and fast, resulting in painting having a timeless quality that is able to communicate to us through the ages.”
At the end of the lecture members of the audience were able to ask Joselit questions in regards to the lecture. One of the questions related to the common site of people taking photos of artworks in galleries and museums. Joselit’s thoughtful response to this common practice was that the way galleries and museums were frequently laid out and the large numbers of people moving through the exhibition spaces did not lend itself to people spending a long amount of time contemplating a single artwork. This sensory and information overload resulted in people taking photos of artworks for electronic storage which could then be returned to for future contemplation and perhaps be curated into their own private exhibition on a computer or social media.
*  Within Marxist analysis this process of commodification within capitalism is summarized as the subverting of the use value (the amenity of a house to live in with your family) in favour of it’s exchange value (the realization of what your house is worth in financial terms when you sell it) within the economy.
** “In societies where modern conditions of production prevail, all of life presents itself as an immense accumulation of spectacles. Everything that was directly lived has moved away into a representation.”
From the landmark 1967 text “The Society of the Spectacle” by the French Marxist philosopher & sociologist Guy Debord, see here for online version:
http://www.marxists.org/reference/archive/debord/society.htm
To briefly summarize, within late capitalist society the image is the primary mediator between the individual and social reality, best exemplified by the important role of advertising and marketing in contemporary society and economics. “The spectacle is not a collection of images, but a social relation among people, mediated by images.”
*** Explored in more detail in David Joselit’s article “Painting Beside Itself”:
http://www.reenaspaulings.com/images3/0911djoselit.pdf 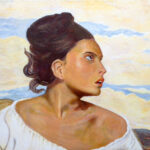 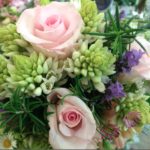