The assimilation of new techniques into children’s art work.

I have returned to teaching a children’s class after two years focused upon developing the adults’ classes.
I came into this new children’s class with the intention of introducing some elements of ‘atelier’ or ‘academic’ style training for the children. This is the methodology that many of the adults who have attended our classes would be familiar with, that enables us to rigorously teach technique.
Whilst I intended to introduce the same elements as in our adult’s classes, those of you that know me, will know that I am heavily influenced by Steiner and Montessori educational philosophies. These philosophies emphasise intrinsic self motivation (self motivation), creativity and the natural rhythm of child’s development. Whilst these philosophies are not completely incompatible with the style of training I wanted to introduce, it certainly gives me a lot to consider as a teacher.
We have had our first two classes for the term and the results, in fact, the way in which the first week’s instruction was absorbed then reappeared, fully integrated into the second week’s work has left me speechless. Perhaps these children are just incredibly talented, but somehow, they have taken in the new techniques and used them to produce work which incorporates those techniques into their own powerfully iconographic style. The three examples below by Taku, Chloe and Tyla display a far more individual approach than I would commonly see in adults, yet all have used the techniques of constructing a sphere and use of tone that I had shown them the week before.  They do this while still maintaining an aesthetic integrity; the work holds together as personal statement. The new techniques have been subsumed to the personal visual logic each child individually consistently maintains.

On the basis of these works, it seems that it is possible to teach technique to children without restricting their creative or personal expression. Taku, for example, maintains a powerful expressive line and an arresting visual impact over the foundation of the structural approach he had been shown. Chloe has a whimsical play with the line of the structural drawing. With the interplay of line and the rubbing of the charcoal, the groups of objects all merge into one whole, showing an interplay of relationships between objects. Tyra also uses value, or tone in a powerful way, inventing value for visual impact (the shadow wasn’t present in the arrangement she was drawing from).
I realise that while teaching what is essentially a limiting process to the children, I shouldn’t limit the children’s other visual processes and iconographies. The purpose of restricting would be to show the assimilation of the technique I am teaching more clearly. The problem being that by restricting other information children use in the image, I may be sending the message that other forms of expression aside from that being taught are are wrong. The eventual casualty of such an approach being the death of creativity, exploration and intrinsic learning.
For the age group in my class, (9 – 12 year olds), it seems I can teach technique and that the child experiences an adaption of the new technique into an existing canon of technique, creativity and visual language rather than a weeding out of those pre-existing elements. In so doing, they maintain their ability for powerful personal expression.
I’m very much looking forward to the work that is to come.
Written by: Marco Corsini
Teacher of our 8 to 14 year old’s Children’s Art Class 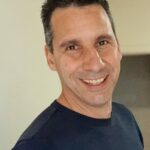 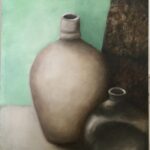