The Story of Blue and White Pottery

Home / Blog / art / The Story of Blue and White Pottery

I’m always fascinated by patterns that are able to stand the test of time and space, that are able to transcend geographic and cultural borders as eras and fashions come and go. One example is the Dutch movement in visual arts named “De Stijl”, which I have already covered. It began after WW1 and is found all over the world to this day. An even more interesting case is that of blue and white pottery. Professor Anne Gerritsen of the University of Warick, author of The City of Blue and White (2020) calls it the “ultimate global commodity”.

If you do an online search on blue and white ceramics, you will encounter similarity and variety. Many collections of plates, vases, bowls and more, show Chinese dragons and landscapes. Some have Central Asian Islamic geometric and floral designs. European styles are also available—Italian, French, Spanish, Portuguese. There is a whole batch that is manufactured in the western Indian city of Jaipur. Examples are also available far away in Mexico. Which place and period does this craft ultimately come from? What were the migratory routes like? We can’t really guess by looking at it.

It turns out the origin lies in both China and modern-day Iraq. Chinese ceramics go back to the Palaeolithic era. Earliest pottery was earthenware and stoneware. “Qingbai ware”, a type of white glazed porcelain, became popular under the Song Dynasty (960-1279). Very basic blue floral motifs on white were found upon white pottery in Henan province during the Tang Dynasty in the mid-800s.

Later, as trade routes between China and other parts of Asia were opened, developments emerged. It is believed that the craftsmen of the Abbasid Caliphate (750-1517), especially in the city of Basra, inscribed palm trees, garlands and Arabic writing in cobalt blue pigment (mined in Persia) upon Chinese white porcelain. A form of craft was created that combined foreign technology with local taste. (A fascination with blue had existed throughout the region since ancient times. The metamorphic rock lapis lazuli was extracted as early as the 7th millennium BC at the Sar-i Sang mines in present-day Afghanistan. Deep, intense blue had also been used in the jewellery of Mesopotamia and Egypt.)

As China increased contact with the Islamic world, versions of pottery richer than the experiments at Henan became prominent. A centre emerged in the city of Jingdezhen in the northeastern Jiangxi province in the 14th century.

With more commercial and colonial activities over the subsequent centuries, blue and white pottery spread to Europe, Japan, India, etc. The Jaipur branch was developed when the practice was passed on from Mongol artisans via Turkic conquests of India between 14th and 17th centuries. The Dutch East India Company (1602-1799) imported hundreds of thousands of pieces made in Japan and China, which led to a style known as “Delftware”. The pottery reached distant Mexico via Moorish influences in Spain.

An article on Victoria and Albert Museum website mentions a phenomenon known as “Chinamania” in Britain in the 19th century: “In the 1850s and 60s, antique blue-and-white ceramics were discovered by a small group of artists and intellectuals linked to the Aestheticism movement, who valued ‘Art for Art’s sake’ (art that didn’t tell stories or make moral points, but was enjoyed purely for visual pleasure). Engaged in the ‘search for beauty’, influential Aesthetic artists such as James McNeill Whistler and the Pre-Raphaelite painter Dante Gabriel Rossetti began eagerly collecting Chinese blue-and-white, sometimes known as ‘Nankin’ or ‘Old blue’, which was seen to embody true beauty in colour, material and form.”

A blue and white pottery bathroom set from Jaipur, India on sale on kalakyari.com.

It is quite remarkable how easily blue and white ceramics were able to penetrate and permeate through lands following dissimilar belief systems, climates and lifestyles. Blue, symbolising peace and tranquillity, is the colour of the sky and sea, accessible to all. White, evoking purity and newness, is always acceptable everywhere.

The pattern is also democratic in its availability—found among antiques for royalty to mass-produced objects for the average citizen. Its ubiquity is proof of our common appetite for beauty, and also, to an extent, the same kind of beauty. 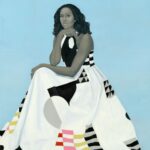 The Importance of your Artistic Signature: Learning from Amy Sherald 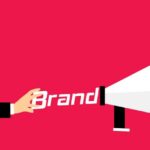