A few days ago I came across a 2017 article on Frieze website titled “How Important is Art as a Form of Protest?” (https://frieze.com/article/how-important-art-form-protest), presenting a survey of 50 respondents from over 30 countries sharing their views in the wake of the political and economic turmoil and instability that has gripped the world particularly since…roughly 2014?…the threat of terrorism, the fear that migrants will steal jobs from local populations, civil wars, aggressive nationalisms, totalitarian turns, racism, rising inequality, etc.

Barcelona-based artist Daniel G. Andújar said: “Art must be a sign of resistance to a political model that is increasingly hierarchical, diffuse, global and standardized.” There is no shortage of artists today who are precisely executing their practice as a sign of resistance against established systems. The most prominent example is easily the Chinese artist-activist Ai Weiwei who has been bringing to light important issues like human rights violations, corruption and the refugee crisis. You can pick up any country at random, do a bit of research on the art being produced, and you are bound to find artists, some truly excellent ones, engaging with and critiquing social problems. In October, Banksy’s painting Devolved Parliament, in which he replaces British politicians debating in the House of Commons with chimpanzees, was sold for £9.9 million at a Sotheby’s auction in London in the middle of confusing and complex Brexit negotiations.

I like several artists who operate in this frame of mind, for example, the Mozambican Gonçalo Mabunda who transforms weaponry into colourful thrones, masks and totems to denounce the absurdity of war (he grew up during civil war in his country) and Tibetan Tenzing Rigdol, who adjusts traditional Buddhist iconography in a way that can reveal the conflicts in his region.

Of course, art is highly effective in this capacity. It functions as a loudspeaker and immediately directs one’s attention to pertinent matters. Even so, I feel that an artist I know called IMPREINT (working mostly in London) has something interesting to say regarding another way of doing things. His website states:

IMPREINT has always been of the opinion that art should have a social impact, but that this should be achieved through proposition rather than protestation. With forcefulness often being met with resistance, a more suggestive approach yields greater opportunity for the opening up of conversation and thus the exchange of ideas.

IMPREINT’s idea of “proposition rather than protestation” appeals to me and appears as something fresh because today most people are very much living in the “responsive/reactive” mode. An explosion of social media has meant that we can now be bombarded with a huge amount of information 24×7. True, communication technology has been democratised, but in truth, most people continue to be passive consumers and not actual creators of content.

The material that ends up being widely disseminated is still that which is generated by a limited number of large news organisations, famous brands and influencers who possess the wealth to buy ads on every platform – your Instagram feed, beside your Facebook timeline, inside the YouTube videos you watch and on top of your Gmail inbox. As a result, the vast majority of us are always at the receiving end of existing products, services and, above all, stories (which can be regularly negative in nature). And then we are impelled to offer our comments, likes and dislikes—our reactions and responses. In such a digital ecosystem, it is understandable that art as a form of protest should emerge and proliferate. But by largely being in the responsive/reactive, artists sell themselves short and operate below their faculties. They get too involved in exposing what is wrong, when they could devote half their time to recommending what could be right.

What IMPREINT’s view does is turn the dynamic around. It encourages artists to be more proactive and imaginative, take another level of responsibility. For some reason, I cannot help but think of Dante here. In his Divine Comedy, he puts forward three visions, three ethical programmes. In the first, he depicts what is wrong about the human race. In the final, he shows what could be right with the human race. One approach, uncomplemented by the other, will always be deficient. While it is imperative that the artistic soul expose and condemn vice, it must also be courageous enough to exhibit and celebrate virtue.

A Devolved Parliament can certainly fetch millions. But what does a politician of good character look like, how does he/she behave, how does he/she talk? What is a peaceful and harmonious society? Portraying such subjects without seeming silly, hollow or unrealistically utopian…this is the big task that lies ahead for the socially-conscious artist. 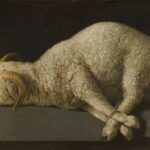 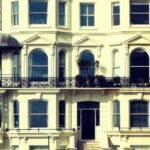