If I was to name the one thing that has had the most effect on how I understand learning and creativity, it would be the shift in how we understand the brain.
The persistent myth that pervaded my school years was that students were naturally inclined towards a given ability. For example, I was good at art, and so I drew and was encouraged to draw. It did not take many affirmations about my ability for me to persist at practicing those skills, enjoying more affirmation as I went. Likewise, by the time I was in secondary school, maths seemed to become more difficult, and as I enjoyed it less, I did less and became relatively worse at it. Despite my best efforts in year 12, I failed maths by 1%.
I have always wondered how much more effort it would have taken to increase my math result by a few percent to have passed. The answer does not lie in the efforts of that last year, rather in how I perceived myself and maths throughout my secondary school years. For, early in my life, I had come to believe that I was not good at maths, but I was good at art, and I behaved accordingly. That behaviour had a direct impact on the amount of time and focus I dedicated each skill. The pervading myth that one’s abilities are set in concrete from the beginning of our lives, dominated my self-image and therefore my learning. In many ways it dominated my education, which isn’t to say that there were not many hard-working teachers in my life, rather that the idea of being able to transform one’s abilities, one’s brain, was not available to us, nor had it been discovered yet.
Brain research of recent years has demonstrated that the brain is malleable and adaptable. I may have been inherently good at art, but I was not inherently bad at maths. I perhaps had not had the right exposure to maths early on, but I then came to believe I was bad at maths. This then influenced my behaviour which restricted the amount of focus and concentration that could have impacted the rewiring of my brain to be better at maths. I do remember trying, but I don’t remember often crossing the border between tedium and the exhilaration of learning maths. Interestingly, many years later, I found myself enjoying teaching maths in secondary schools, especially breaking it down for those that struggled with it. You may think it strange that I have also recently found enjoyment in doing some of my own accounting, when as an art student I used to make accountants the butt of my jokes.
Brain circuitry is made of connections between neurons called synapses. Having experiences, learning a new task or skill, all create new connections between neurons. Specific neuronal activity patterns will drive long-lasting increases or decreases in the strength of these connections. That means that it is exposure to a skill or task that cements one’s ability to do it and become good at it. So, the brain has a plasticity which it retains through our entire lives. The good news is, we can learn a new skill at any point in our lives! It is literally possible to rewire your brain. Which means that provided with the right amount of focus on the right task, you can learn anything.

I’m currently putting this principle of brain malleability to the test in my learning Karate. I have limitations in flexibility and balance, which I have found discouraging. I had started to believe the lie that I had started Karate too late in life and perhaps I would never make it to blackbelt. Being busy and distracted by other responsibilities for a number of years, I would turn up to a class or two a week and would have forgotten a lot of my syllabus. Upon forgetting, I would then mentally shut down during training, which meant I then literally came to a complete stop as my mind would go into a mild state of panic. It seemed I was going to take a very long time to learn these skills and overcome my inclination to suddenly freeze. With the knowledge that the brain is malleable and that therefore it must be possible for me to improve in Karate I recently I decided to focus, and I have now dedicated about 10 to 15 minutes a day to practicing my syllabus. Although I can currently still only attend one training session a week, the result of this new focus is that in three weeks I have begun to retain and recall almost all of my syllabus and I am now ready to move on to new material. I am quite literally rewiring my brain and rebuilding my body which has also improved its stretch and balance in just three weeks. Whereas, I once thought black belt was unattainable for me, I now maintain a clear image and gaol of my attaining it.
Having watched many people start or return to creative practice, I know that the idea that you either can draw or you can’t is just a myth. Yes, occasionally I meet someone who seems to have a surplus of natural ability, but for the other 99% of us, it really is a matter of focus and working away at it. I should add that good training can reduce the take-up time of these new skills, but we can talk about that at the studio sometime.
Written by Marco Corsini 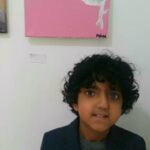 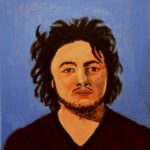 Guest blog - What is Art?