Wabi Sabi: An Antidote to our Obsession with the Spectacle

Home / Blog / art / Wabi Sabi: An Antidote to our Obsession with the Spectacle

Over March and April, prior to his solo exhibition in London, I had a long conversation with American artist Joshua Hagler, 40, (@haglerjosh) who is known for his haunting, visceral, psychologically-charged paintings hovering between the abstract and the figurative. Joshua explores a range of heavy subjects—memory, religion, politics, violence, rhetoric, mythology, American history, the overall complexity of life and things and ideas.

We instantly connected over common interests and concerns, from our fascination with the French thinker René Girard to our frustration with the Left/Right divide and how it has deteriorated public discourse. There was, in particular, a point Joshua made about contemporary visual culture that stayed with me: “In an era of über capitalism and Trumpism, in which no message can be sent or received outside the sphere of the spectacle, I feel a sense of loss—a loss of intimacy, of privacy, of a broader humanism.”

We feel the “spectacle of über capitalism” most outrageously on social media. Technology itself isn’t the problem here, it is the most dominant ideology of our time—behind the digital devices—that has vitiated our manner of communication. If people don’t have an immediate product or service to offer, they resort to selling their own lives. They feel compelled to advertise themselves. As a result, things are frequently projected as larger than their original size or value, the wins are magnified, the milestones celebrated, adventures duly recorded—a new job, car, a relationship, vacation in an exotic land. And along side all of this, the defeats, the struggles, failures, stresses and heartaches are carefully (and shamefully) edited out and hidden from the sight of others.

But many of those who craft these spectacles of faultlessness are indeed aware that they are fooling both themselves and the world. Some are honest enough to admit it. I recently found a globetrotting model, who makes good money posing for magazines like Playboy and Maxim and endorsing a number of fashion brands, divulging painfully: “For the past year, I have been struggling with really strong anxiety attacks. It was caused by the trauma of something that I had to go through for over a year, being trapped in a very toxic relationship that I finally ended a year ago…It all looks so perfect and glamorous on social media but what we struggle with away from the screens of our iPads and phones is sometimes something so far away from the reality we try to create on social media where everything seems to be so candid and perfect.”

An antidote to this pressure to look impeccable all the time and the obsession with perpetual salesmanship could be found in the Japanese philosophy of “Wabi Sabi”. Wabi Sabi is a position that celebrates the imperfect, the incomplete and the impermanent. Rooted in Zen Buddhism, the aesthetic regards the quotidian—the small, everyday, transient happenings—with a loving, reverent eye. Rather than striving for magnitude or invincibility, it looks for elegance in little things—a tea-drinking ceremony or cracked pottery. An affection is developed towards objects that are old, worn-out, also towards fleeting natural phenomena, like the play of light and shadow on the moon. The fragility of and flux in stuff are acknowledged, and quietly celebrated.

The words “wabi” and “sabi” are not easy to translate in English. They have evolved since the 14th century, as author Alain de Botton mentions in a video (https://www.youtube.com/watch?v=QmHLYhxYVjA) for The School of Life. Wabi initially meant a kind of misery, the loneliness of living in nature, away from human consolation and contact. It now means the bittersweet, exquisite experience of being on one’s own. Sabi initially referred to that which was lean, chill and withered. It now evokes the grace that may emerge from age and use. It also incorporates an artful mending of damage and an appreciation of the cycles of life. The concept is close to “kintsugi”, the practice of repairing brokenness in objects with gold, to show that scars make a thing not less but more precious. Wounds and cuts need not be rendered invisible but ought to be displayed with pride.

Wabi Sabi, in general, embraces a perspective that is in sharp contrast to Western aesthetic ideals, which, since antiquity, have laid a lot of emphasis on the eternal and unchanging. The great cathedrals, houses of parliament, mansions, bridges, stadiums and theatres have been built upon principles of symmetry, wholeness, mathematical precision, proportion and harmony. Such an outlook has its place in art, culture, public life, even private life (as in, when applied to ethics or morality, it can send one on the path of personal development) but, fused with consumerism and the media, a preoccupation with perfection has created and extended a jarring, misleading, unrealistic film  over the actual world.

People today have a distorted idea of what is grand, remarkable, important and meaningful, and live in a continuous state of FOMO—Fear of Missing Out—news, items and experiences…the most engaging conversations, the latest smartphone, the best food, mind-blowing cruises, luxury bags or watches, the shiniest leather jackets, the smartest boots, anti-ageing formulas, the most outstanding partner and children, the list is endless. It is exactly here that Wabi Sabi can help, calm down our frantic spirits, give us a sobering yet still joyful view of existence. Its application can be easy and immediate. A session with friends under the moonlit sky on the terrace instead of a trip to the mall, stitches that may tighten or loosen an old shirt, the writing down of a brief, educational conversation with a stranger in a journal, a vase made out of a Coke bottle or simply a barefoot walk on the grass. 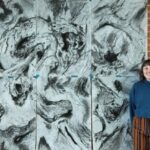 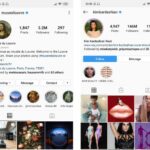