The clown in the ruins

The clown in the painting was like those I saw at the circus when I was a boy. Except I was standing close to this clown, close enough to see that the seated man dressed as a clown pensive and vulnerable. Behind the clown lay the ruins of Rotterdam; the title told me enough to for me to know that this was Rotterdam in 1940, shortly after the Luftwaffe demolished the historic city centre so as to force the Dutch to capitulate.

The painting seemed to lack time. As I looked, I struggled to reconcile my knowledge of the bombing of Rotterdam, my historical distance from the event, with an immediacy of human emotion conveyed and the character of the man ‘as a clown’ before me. The painting itself, its handling and the brush marks, seemed to be telling me this was painted a few days ago. It looked fresh; I could have easily believed that this was a recent event and that somewhere in Rotterdam I would find this man, wandering, questioning, somewhere in the ruins. When viewing this painting more than sixty years after the actual event, I had an experience of being for a moment in the midst of a broken man who had witnessed the consequences of shameful crime.
In art, we find traces of others that have been left behind, little messages in bottles that for some reason resonate on the shores of our consciousness at the right time for us. In our studio, often, someone who has been working will have left their most recent work which others later notice and comment favourably on. I’ve watched people walk in and upon seeing the new artwork, seem to connect with it momentarily. Having myself been in the studio most of the time between the making and seeing of the artwork, it seems like the artwork has the capacity to hurdle between the time which the work was put down and the time when the viewer sees it.
Despite the appearance of new works, we come back to a studio because it is one of those key places in our lives we keep as a constant. We set the studio up to remain unchanged. Perhaps, in reality, while we are away the dust settles, the paintings dry and the fridge compressor hums in rhythm with a slow dripping of a tap.  When we are not there, the morning light stream in through the window and then shifts shadows across the floor until the light ultimately subsides. The world around the studio moves to a rhythm, but what we ask of the studio is that it remain as it is until we return.
Cyclical movements of growth then decline. The waves of the sea rise, surge forward, swell and then recede, again and again. Tides rise and fall, drawn by the moon, which itself has phases in our sky. Seasons pass, the seasons of the year, the seasons of our lives. At first I was unaware of this passing, but, I have memory of standing at the back of my family home when I was three years old and looking up the sun and realising that I was no longer what I was, I was becoming something different; I was growing. Somewhere, perhaps, reverberates the vibration of our laughter as that three-year-old child, a parent drawing us near and holding us tightly. Somewhere, is our first spouting of intelligent five-year-old rhetoric, a newfound intellectual fluency speaking back into the adult world of logic, reasoning and values.
Our seasons pass. Our seasons such as Spring, when we walked out the school gate for the last time embracing hope and possibility; our bountiful Summer; our Autumn as the time of loss, of being stripped bare; and then our Winter, the time of working and persisting, believing but with no evidence for our faith.
In the midst of our seasons, the studio remains the same, like the womb we can return to so that we can make contact with our craft, with our language, with our selves. So that we can cleave off a material expression which conveys the season we are in. And that expression is timeless and goes out, after being nurtured and raised by us, to inform the consciousness of others. The clown I met, may no longer be sitting in the ruins of Rotterdam, but I am aware that he, or perhaps she, is now sitting in the ruins of another devastated city.
Written  by Marco Corsini 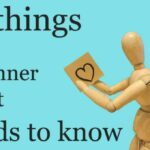 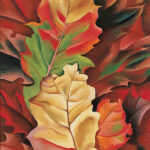