The problem with high standards and the benefits of micro goals

In a YouTube video from 2015, British author Howard Jacobson (born 1942), who won the 2010 Man Booker prize for The Finkler Question, is seen making an impassioned admission related to the creative life that will resonate with many serious writers, painters, sculptors, photographers, filmmakers, musicians, singers, actors and dancers. He says that he always wanted to be a novelist but could only finish his first novel after the age of 40 (and out of sheer desperation!) because something had slowed him down over the years—the experience of his Literature BA at the University of Cambridge.
This might sound confusing. Isn’t a good education, formal or informal, supposed to activate us? When you read the biographies of acclaimed artists, whatever their medium, you are bound to find descriptions of powerful, almost epiphanic, encounters with great works of art already produced. And it is precisely such encounters that turn them into conduits for more (great) art. Take the Indian filmmaker Satyajit Ray—he launched his career soon after discovering Vittorio De Sica’s Italian neorealist masterpiece Bicycle Thieves (1948) along with 99 other movies of his time. Picasso developed his style after being exposed to figures like El Greco and Edvard Munch. J. K. Rowling has a solid canon of mythology and fantasy that includes everybody from Aeschylus to Kenneth Grahame behind her Harry Potter series. The truth is straightforward—a proper act of creativity demands a deep immersion in prior examples of creativity. The more aware you are of what has been tried and accomplished before, the greater the chance that you will produce something reasonable and respectable yourself.
But there is another side to the story, and Jacobson understands and articulates it accurately. Too much knowledge of the arts can also become a veritable impediment to the artistic task. What made the author postpone his childhood dream? The very high standards of writing that he had encountered at 20 in the classroom. Jacobson read, and therefore, wanted to write books like The Golden Bowl by Henry James and Crime and Punishment by Fyodor Dostoevsky but the problem was they had all been written. “I wanted to write at that level and it wasn’t happening. I wasn’t writing novels and submitting them and failing,” he adds. “I just wasn’t getting beyond the page, and then I became an academic, and the years go by and the book’s not appearing.”
This problem is all too common. Very often, well-informed and highly-talented people in the arts can find it hard to execute their ideas, while totally mediocre ones can go on finishing project after project with utmost confidence. Why does this happen? It turns out that many who have had a taste of the heights of human creativity (read the best books, watched the best films, seen the best paintings, listened to the best music) experience a paralysing horror before the blank page or canvas. So conscious are they of all that is possible by members of their own species that whatever they may attempt can seem lazy, incompetent or plain foolish. They want to pursue perfection and so they keep deferring real work and sink quickly into a pit of doubt and despair.

Is there a practical way to get past the resistance? One effective tool is provided by the American entrepreneur Tim Ferriss (born 1977), angel investor in tech brands and the author of bestselling books on personal development and entrepreneurship like Tools of Titans and Tribe of Mentors. His proposal is that creative people who procrastinate in the face of big ambitions break their plans into extremely tiny tasks. His own mantra has been to somehow end up with “two crappy pages a day”, not ten spectacular ones or even five average ones. Stephen King prefers to pump out 2000 words per day but that can be too unrealistic a target for most people. “Two crappy pages”, on the other hand, will compel you to show up before your notebook or screen without pressure or fear, do something—anything—and move forward to the next dawn. Your seemingly insignificant achievements will, over time, add up to a big and important outcome.
Ferriss’ suggestion could be applied to media other than writing. If you are an emerging painter with the lofty visuals of Caravaggio and Dalí in your head and a blank canvas on your easel, try micro goals like the following:

You will not be able to make easy excuses before starting points that are so simple and standards that are so low.
Written by Tulika Bahadur 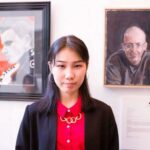 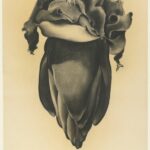