By Fenja Shaw
Greece has held a special place in my imagination since taking Art History classes at university ten years ago. I have spent a decade dreaming about the day I would finally get to see and touch the ancient artworks and buildings that inspired innumerous artists over the centuries. The ancient Greek’s ability to envision, craft, construct and incorporate such beautiful buildings and artworks into the fabric of their society is awe inspiring. For years I longed to walk through the Ancient Agora hoping to feel even the slightest glimmer of the vibrant energy that once thrummed along its dusty avenues.

After years of dreaming, I finally got to go to Athens in June. I was pumped with excitement. The crazy taxi-driver who ferried us from the airport to our dinky apartment, at 177kph with one hand on the wheel, the other casually texting, only added to my impatience to get out there and see it all!
Whilst navigating Athens’ one-way streets lined with high-rise apartments, our driver informed us that we were staying in an area renowned for its Anarchist residents. Apparently our little neighbourhood was rife with political anarchistic activism. To me, the presence of anarchism seemed like such an 80’s punk-rock cliché; but as I looked out of the taxi windows, I understood why it had its place in Athens. I was overcome by the amount of derelict buildings that only a few short years ago had been bustling with business and activity.
Once we had settled into our apartment, my partner and I explored the streets. We wanted to do more than just see the effects of economic depression, we wanted to understand it. Despite all of the media coverage about the Greek economic crisis, we had not imagined what austerity would actually look like. We certainly had not anticipated that it would become a significant part of our trip.

As we walked, we counted nine out of every ten shops were closed, seemingly shut-down over night. Gazing into the grimy windows of some stores, it appeared as though the owners had literally thrown whatever stock they had into boxes and hastily pulled the shutters down. Some stores still had empty food containers and coffee cups left on the countertops. It was sad. Incredibly sad.
It occurred to me that I was a tourist of Greece’s ancient and modern ruins. A witness to the despair and loss that coursed through its concrete veins.
Over our three-day stay we walked everywhere, taking in the city vibe and absorbing the spirit of the Athenians. We joined throngs of protesters, not understanding their words but definitely grasping their meaning. We spoke with locals and asked how they felt about their city and the future of their country. Their responses varied but a deeply held pride in their nation was a constant. One man told us “You reap what you sow. And we Greeks, we haven’t been sowing”.
At first we were surprised to see some of the ancient sculptures fenced in by wire and mesh. However, the more we looked, the more cost-cutting we saw. Much of the public art that had once contributed to the feeling and culture of Athens is now hidden behind wire fencing and shade cloth. There simply is no money available to maintain public spaces or art.

In addition to the closed and shuttered stores, graffiti litters the streets and buildings. Athens has had a vibrant street art scene for years however nowadays, a noticeable amount of the graffiti has a very deliberate anti-austerity message. Since returning home, I have been reading about the influence the austerity measures have had upon Greek artists. One article described how the art scene in Athens is thriving, although not making money. Artists from other European countries are moving to the city because of cheap studio rents, inexpensive living costs and an intensely stimulating political environment. Both sides of the Greek economic debate are represented in artworks on walls, on banknotes, in trains as well as in the galleries.

Although I went to Athens with romantic ideas of standing amongst ancient ruins, I found soaking up the spirit of the modern city to be more enchanting and inspiring. The Greek’s passion and resilience in spite of their despair attested to their cultural and national pride that has survived for millennia. If you are thinking of visiting Greece, I encourage you to spend time away from the tourist attractions and hotels. The rich and memorable experiences are to be had on the street. 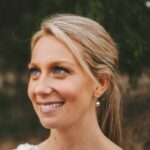