Our new plaster cast, from which students will work in our Portraiture Course, has a convoluted history.  It was made for Melbourne Art Class by Nick Levey, from Brisbane. Nick is a former student of Julian Ashton Art School, Sydney.
Nick’s cast is from his own copy of a sculpture by Mildred Lovett, who attended Julian Ashton Art School in 1898-99.
Early in 1909, Mildred Lovett became second in charge at Julian Aston. She later also taught at Hobart Technical College. She painted landscapes in oils and became known for her portraits and elegant figure drawings. After overseas study, she became a proponent of Cubism.
The subject of Mildred Lovett’s sculpture was fellow student at Julian Ashton, Florence Rodway.
In 1902 Florence Rodway won a four-year scholarship to the Royal Academy schools, London. Sargent, Bacon, Solomon, Leslie and Storey were visiting masters at the school.
She was one of only a few female artists to be considered as a major Australian artist and the equal of male artists. One 1909 critic even said that Rodway demonstrated that gender was not an indicator of capability. He wrote:
‘Sex (gender) is an accident – the capacity for expressing the infinitely large or the infinitesimally little cannot be gauged by outward measurements. The soul frequently bears little relation to its case. Else, why does Florence Rodway, tall, slight and blonde, revel in peopling large spaces with the Titanic creatures of her imagination.’*
We will be using this cast during our Introduction to Portraiture Course, beginning April 29th.
*Souter, DH.,1909.
Written by Marco Corsini 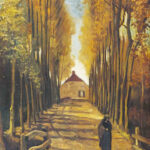 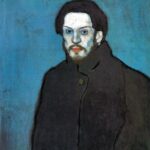 The origins of the selfie